If you’re considering getting into wrestling, then this sport may seem very intimidating to you. It does require a lot of physical strength, endurance, and willpower. Unfortunately, not a lot of people see much of this sport, which is why most don’t understand it properly. If you want to start learning to wrestle, you should first get to know the basics.

Before the beginning of each match, opponents stand in their respective corners. After the referee gives the signal that the match can start, the wrestlers start competing for three two-minute periods. In-between these three two-minute periods is a 30-second rest period, which both opponents spend in their corners and listen to advise from their coach. Once the match has started, there are no time-outs. Only the referee or the clock can stop the match.

Keep in mind that sometimes the length of the match will vary depending on the level of competition. For example, youth wrestlers will most likely participate in a match consisting of three one-minute periods. On the other hand, high school wrestlers will compete for a full six minutes. When it comes to college wrestling, the first period is three minutes long, while the other two are two minutes each.

In wrestling, there are two possibilities when it comes to ending a match. The first is that you manage to pin your opponent. In other words, you’ll need to press his or her back or shoulder blades to the mat. In order for the match to be over, you’ll have to press them for a minimum of two seconds. In case you don’t manage to do this throughout the match, you can still win by outscoring your opponent.

How to Score Points

There are several different ways a wrestler can score points during a match:

Of course, a match can be tied after three two-minute time periods. In this case, there is a one-minute overtime period. During overtime, both wrestlers start from a neutral position. If the match is still tied after this time period, another 30 seconds are added. However, before these 30 seconds start, the referee flips a coin to see who will get the choice of position. Wrestlers are able to choose between up and down.

Just like any other popular sport, wrestling has penalties for participants who don’t follow the rules. There are several different situations that can happen during a match that lead to penalties. For example, if a wrestler does an illegal hold during a match, he or she gets a one-point deduction.

Here are some of the other penalties in wrestling:

How to Prepare for Wrestling

If you’re serious about getting into wrestling, you should know that this sport can be both physically and mentally demanding. Therefore, you should take all the necessary steps to prepare yourself for it. First of all, you should get a lot of rest in order to stay focused while you’re on the mat.

You should also work on your endurance since you will need it in wrestling matches. Know that you’ll need to be able to run at moderate intensity for at least 40 minutes before you start competing. Apart from that, it’s important that you work on your strength as well. Some of the best exercises that you can do in order to improve your strength include arm curls, pull-ups, leg curls, bench presses, and upright rows.

It’s also recommended that you start eating healthier. Consuming the right nutrients will help you stay prepared for any challenges you face during training or wrestling matches. It’s a good idea to research how you should eat both before and after a training session.

You should also ensure you have the right gear for both comfort and protection. Many people opt to wear wrestling headgear to protect their heads and ears. And you may also want to invest in some good quality wrestling shoes to help with comfort and performance as well as protect your feet during this physical sport.

Keep in mind that you can encounter some health problems in this sport. Because of this, you should check your skin every single day for changes in texture, swelling, and discoloration. Wash your practice gear every day and never share it with someone else. It’s also recommended that you scrub your body with antibacterial soap every day. 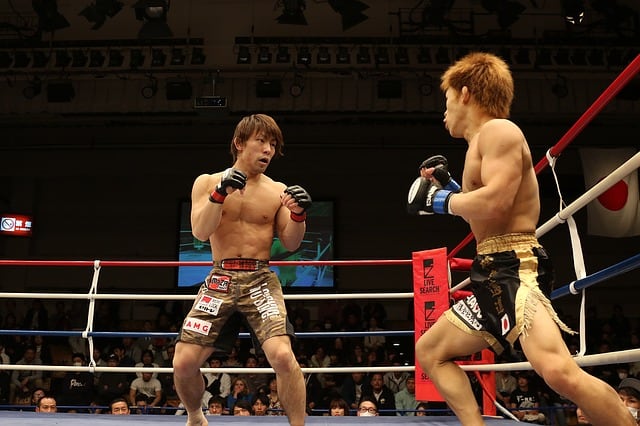