You can essentially just bounce around on trampolines and still have a good amount of fun, but you can definitely spice things up a little with some of the best games. Whether they be original for the trampoline or just different spins on already existing games, then you’re bound to have an excellent experience.

If you want to have fun on the trampoline, then here are some games that you and kids of all ages should totally try out.

One of the most popular games for the trampoline, anyone can just about join in on the fun. Think of it as a game of catch where you’d need to catch a ball bouncing on the trampoline. A player on the outside of the trampoline will need to bounce the ball as high as they can, and other players will try to catch it. The player who gets the most catches wins the game!

2. Ring Around the Rosy

You’re probably familiar with ring around the rosy, but imagine doing it on a trampoline. If you’re not familiar with the game, the players will circle around while singing the Ring Around the Rosy song. They’ll need to decide how they need to fall down when the song ends. The person who falls down the last loses.

3. Piggy in the Middle

Another really straightforward game, one, two, three, sit has one person counting to three and saying Sit! The other players will have to sit down by then. The player who sits down on the trampoline the last loses. The fun part is that sitting down fast results in other players bouncing high up the trampoline!

You’re going to need a music player for this game, of course. You’ll need to play different songs and the players in the trampoline will need to move according to the song’s beat. The player who doesn’t move to the beat right away when the song changes is out for the round.

A player who stays in the middle of the trampoline is the chicken. The other players will try to stay on their feet as they circle around the player in the middle. The latter will need to make everyone circling around fall down, and when they do, the middle person essentially wins the game.

For a non-traditional experience, why don’t you try out a game of poison ball? There has to be one chosen player on the trampoline, with everyone else throwing balls at the player. Any form of contact with the ball results in the elimination of the player. You’ll have to record the time the player stays on the trampoline before getting eliminated.

For younger kids, this is just about the perfect game to play. It’s really simple—just blow some bubbles while kids play on the trampoline. They’ll have to pop as many bubbles as they can. Try blowing bubbles in a different direction for a much more fun experience.

Also great for younger kids, crazy counting doesn’t take a lot of skill. All you need to do is have someone close their eyes and count to ten. Everyone moves around the player until the player opens their eyes. The one the player sees first becomes “it” and will then do the counting.

Take a ball and imagine it’s a hot potato. You’re going to need the players to pass around the ball as fast as they can while jumping on the trampoline. The player who fails to catch the ball is eliminated. Be sure to speed things up as the game progresses!

A player will pretend to be asleep. The other players will then take turns tagging the sleeping player, the baby, and the latter will need to guess who tagged them. If the sleeping player’s guess is correct, then the tagger becomes the baby.

Players should be in their swim gear. Take a garden hose and spray water on the players. This isn’t really a game, but more like a fun thing to do on a hot day. You may also place a sprinkler near the trampoline.

There are a lot of other games that you can definitely play on the trampoline. In fact, you can even make up your own! Whenever you’re looking to have fun on the trampoline, make sure you stay safe and ensure that you clean up afterward. So, go out and have some fun! 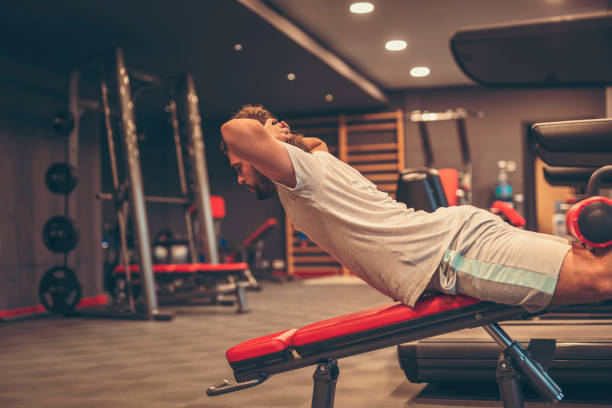 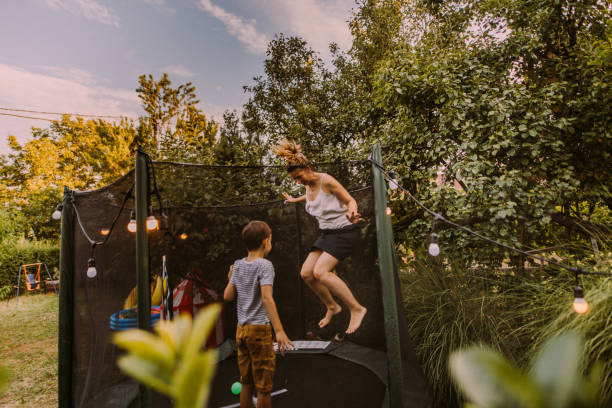 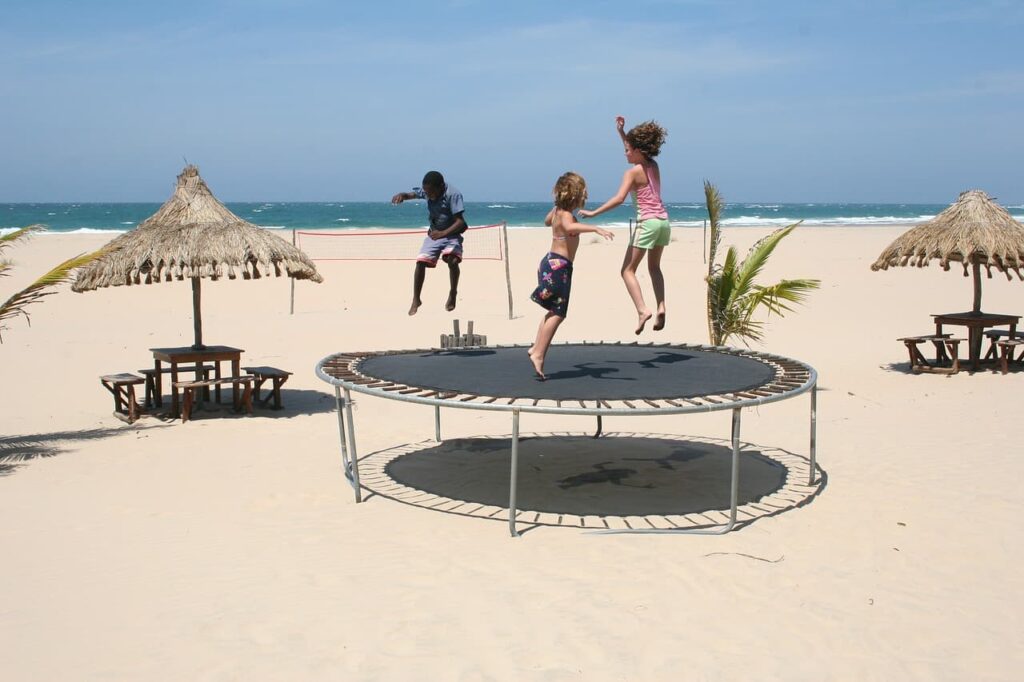 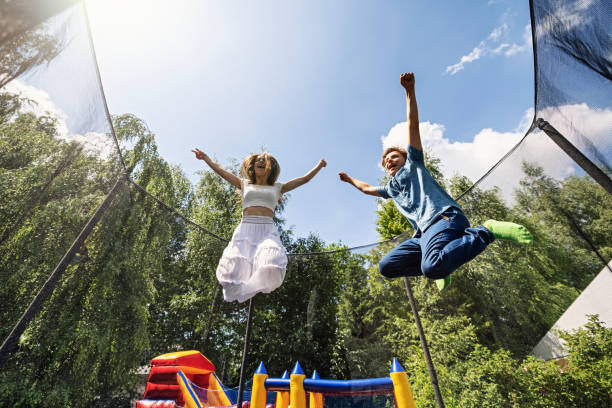